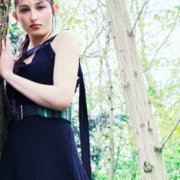 Does dark fashion have a gothic origin? Dark fashion is it a trend? Is it a lifestyle? Is it a believe? What is it? Often compared with the gothic fashion, it certainly is not the same. They do have something in common though. Both clothing styles are marked by a dark and mysterious feel and homogeneous colors, mostly black.

To understand the origin of dark fashion clothing I’ll give a quick summery of the origin of the gothic subculture. The early 80’s were a time of changing perspectives on the world. The time of a love and peace mindset changed into ‘we have to fight for what we believe’. It became a time of many protests against the established order. This brought also new visions, a new energy, and thus many new genres of music. From post punk and new wave sprung the gothic-rock scene. Darker sounds, arrangements and dramatic melancholic melodies. This gave birth to the gothic subculture with themes as dark romanticism, tragedy, compassion mingled with melancholy, morbidity and the supernatural. These are adopted from the architecture, literature and arts, from the late 18th century, also know as the Neo-gothic and Romantic era. The Gothic scene adopted also its fashion elements such as corsets, velvets and petticoats which gave it its signature look when we think of Goths. We can say the Gothic scene is still very much alive today as we look at the many sub-scenes that sprung from it.

Now back to the question; does dark fashion have a gothic origin? I would very much say yes! So what is the difference between the Gothic scene and Dark fashion? My explanation would be that many fashion designers look and study many subcultures and shape it through their own image and hand to translate it into their own vision. To say it in an easier way, they look for inspiration often in subcultures. Now we all know how inspiration works. It’s an element of creation. In order to create something new we need tot have inspiration. So when we let the Gothic scene inspire us it doesn’t mean that the outcome will look similar. Often the basic emotions still can be sensed but the look can be totally different. That’s why dark fashion can look very futuristic but still carries the emotions of dark romanticism. Mostly represented by the color black with some hints of grays or other darker or muted colors.

Glamgoth or glunge can certainly be found within the dark fashion scene. It’s where gothic meets glamour or glamour meets grunge. Both with a dark aesthetic with a glamorous raw edge. Within dark fashion many types of silhouettes can be found. From tailored to a wide fit or layered and from glamour to casual. All have in common that the black colored looks mostly have a stronger silhouette. The dark fashion style can be found with women’s wear and men’s wear. But also unisex items are becoming more common, as the color black makes no distinction in gender regarding to shapes. Meaning black is an ideal color to make a more feminine shape become more masculine and vise versa.

When we think of dark fashion clothes most of you will think of Rick Owens, whose ground breaking collections earned him the name The lord of Darkness. But also Alexander McQueen had a dark interpretation to fashion when you look into the concept behind the clothes, while Sarah Burton’s collections are a much milder but more refined version. Yohji Yamamoto can certainly also be associated with dark fashion especially his commercial brand S’YTE. And let’s not forget Rei Kawakubo for COMME des GARÇONS, which early adopters of the brand were derisively referred to as “black crows.”

Is dark fashion a trend?

Can we say dark fashion is a trend? As trends go by quick I would say not. Dark fashion is amongst us already for quite some time by now and it will be there for quite some more years to come as it still is very much alive. This we can say because dark fashion itself already has its own subcultures emerging like Dark wear, Tech wear. Is it a lifestyle, a believe? I think for the hardcore Rick Owens fans I would say yes, with a wink. There are numerous dedicated people with daily posts on instagram showing off their latest fashion investments. But for many people dark fashion might be just a choice of fashion, but certainly not a believe.

This said, why do I dedicate this blog to Dark Fashion? When writing my blogs I try little by little to explain what Haruco-vert is all about. And dark fashion also plays a part in the Haruco-vert Universe. We flirt a little with dark fashion in most of our expressions, be it the clothing itself, our photography or even our music for our fashion films. Although we use many colors as well, a lot of our pieces can be part of a dark fashion outfit or wardrobe I would say. So explained what this fashion style is, perhaps it is time to discover your inner dark fashion self within your wardrobe? I bet you can find an item which you can wear in a dark fashion way! 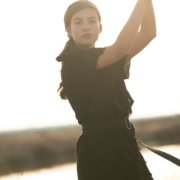 Want to join the discussion?
Feel free to contribute!

This site uses cookies. By continuing to browse the site, you are agreeing to our use of cookies.

We may request cookies to be set on your device. We use cookies to let us know when you visit our websites, how you interact with us, to enrich your user experience, and to customize your relationship with our website.

Click on the different category headings to find out more. You can also change some of your preferences. Note that blocking some types of cookies may impact your experience on our websites and the services we are able to offer.

These cookies are strictly necessary to provide you with services available through our website and to use some of its features.

Because these cookies are strictly necessary to deliver the website, refusing them will have impact how our site functions. You always can block or delete cookies by changing your browser settings and force blocking all cookies on this website. But this will always prompt you to accept/refuse cookies when revisiting our site.

We fully respect if you want to refuse cookies but to avoid asking you again and again kindly allow us to store a cookie for that. You are free to opt out any time or opt in for other cookies to get a better experience. If you refuse cookies we will remove all set cookies in our domain.

We provide you with a list of stored cookies on your computer in our domain so you can check what we stored. Due to security reasons we are not able to show or modify cookies from other domains. You can check these in your browser security settings.

We also use different external services like Google Webfonts, Google Maps, and external Video providers. Since these providers may collect personal data like your IP address we allow you to block them here. Please be aware that this might heavily reduce the functionality and appearance of our site. Changes will take effect once you reload the page.